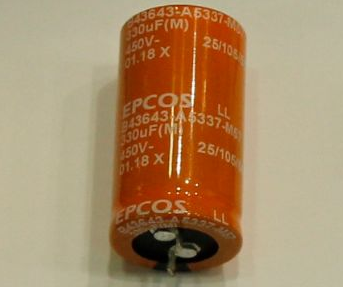 The most common resistor applications are tantamount to series and parallel. In many electronic circuits, resistors are usually connected in series or in parallel. The circuit designer can combine several resistors with standard values to achieve a specific resistance value. For series connection, the current through each resistor is the same, equivalent resistance. Equal to the sum of the individual resistors.

For parallel connections, the voltage across each resistor is the same, and the reciprocal of the equivalent resistance is equal to the sum of the reciprocal values of all shunt resistors. To solve more complex networks, Kirchhoff's law can be used.

Taking a varistor as an example, it is a resistive device with nonlinear volt-ampere characteristics, which is mainly used for voltage clamping when the circuit is subjected to overvoltage, and absorbing excess current to protect sensitive devices. For different applications, the purpose of applying varistor is that the voltage/current stress acting on the varistor is not the same, so the requirements for varistor are also different. Pay attention to distinguishing this difference, which is very important for correct use. of.

Depending on the purpose of use, varistor can be divided into two categories: varistor for protection and varistor for circuit function. The protection function of the varistor can be repeated many times in most applications, but it is sometimes made into a one-time protection device such as a current fuse, for example, connected to some current transformer load. Short-circuit contact varistor.

Metal film resistors are widely used resistors to date, and they play an important role in the field of military and aerospace in the electronics industry and high precision requirements. A metal film resistor is a resistor that uses a special metal or alloy as a resistive material to form a resistive film layer in ceramic or glass by vacuum evaporation or sputtering. Such resistors are generally produced by a vacuum evaporation process in which the alloy is heated in a vacuum and the alloy is evaporated to form a conductive metal film on the surface of the ceramic rod. Compared with carbon film resistors, this resistor has a small size, low noise, and good stability, but it is costly. It is often used as a precision and high-stability resistor, and is also widely used in various radio electronic devices.

Photosensitive resistors are also a widely used resistor. They are made of a special resistor made of a semiconductor material such as a sulfide or selenide barrier. The working principle is based on the internal photoelectric effect. The stronger the light, the lower the resistance. As the light intensity increases, the resistance value decreases rapidly, and the bright resistance value can be as small as 1KΩ.

The development direction of resistors is miniaturization, high reliability, high stability, etc. In order to adapt to the development of circuit integration and planarization, the need for chip resistors will increase significantly, and general-purpose models will tend to develop thick film resistors. The precision type will still tend to be a metal film and a metal foil resistor in the film type.