Contact has studied a lot of switching power supplies, up to the 48V/100A dedicated power supply for communication power room, as small as the mobile phone charger, and also handled many faults, but so far, have not encountered the burning of the inductor. This inductor is connected in series with the rectified and primary capacitor filtered output main loop, followed by a level of capacitor filtering to form a CLC π-type filter. Its burning is nothing more than the following reasons: 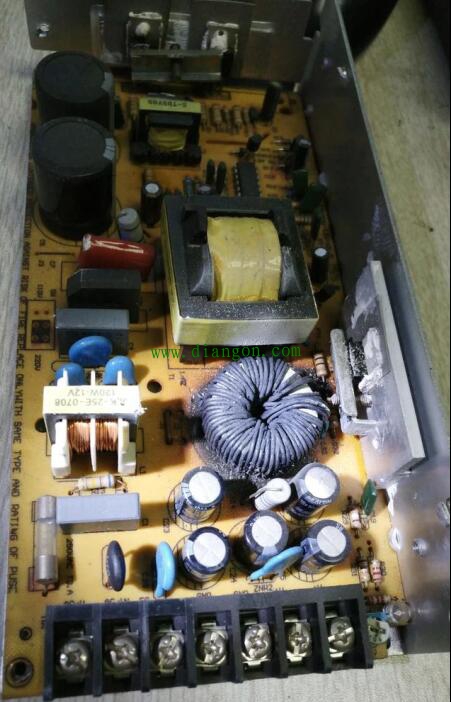 1 Inductance does not match the output power of the switching power supply. When the coil has a large DC resistance, the coil temperature continues to rise until it is burned out at full load or overload output. There are but many reasons for this.

2 The power supply is overloaded for a long time (more likely). This causes the inductor's coil resistance loss (DC) and core eddy current loss (AC) to increase, both of which become thermal energy, causing the inductor temperature to rise rapidly until burnout. The protection circuit only works when the switching power supply is overloaded by 50% (ie, the rated output power is 150%).

The rated output power of the power supply is actually the ultimate output power, which cannot be exceeded when used, and there must be a certain margin. This will enable continuous, safe and stable operation.

4 A filter capacitor fails. This will cause all the pulsating AC components after rectification to be added to the inductor, causing the core eddy current loss to peak, and the temperature rises rapidly to cause the inductor to burn out. At this time, the output voltage is lowered, and the voltage is raised by the negative feedback, so that the output pulsating AC component is larger, the core eddy current temperature rises faster, resulting in a vicious cycle, causing the inductor to burn.

The reason why the inductor is burnt out can be said to be very much. We can consider prevention from the following factors:

2, the quality of the enameled wire; manufacturers in order to reduce the cost of production, the use of temperature-resistant enameled wire below 130 ° C ~ 150 ° C.

5. The working voltage range of the product design is not wide enough. Once the voltage is between 80% and 85%, the hot state may not be absorbed. When the voltage is higher than 120%, the inductor coil will easily overheat.

6. In the production process, the control is not strict or out of control; during production, the inner layer of the winding of the inductor coil is not sufficiently immersed in the paint, and the drying is not thorough. It is easy to cause poor soldering of the lead wire joint and incomplete insulation, resulting in inter-turn and inter-layer Short circuit and loss of insulation.

7. There is a shortage of the winding process of the inductor coil; when the winding machine is in production, the winding tension should not be too loose or too tight, otherwise the enameled wire will be elongated, resulting in partial insulation withstand voltage drop.

9. In the process of storage and transportation of the induction coil, if the error is improper, the impurities such as moisture and grease will be mixed, and the insulation strength will be greatly reduced.

The above causes the inductor to burn out, and can be used as long as it is simply repaired. The method is to rewind the coil, as long as the number of turns is not particularly large, the short circuit is at the end of the coil, and the rest of the inductor is intact, then the damaged part can be removed, leaving Continue to use, which has little effect on the performance of some of the inductors.

The cause of the filter inductor burnout

Any current in the inductor in the circuit produces a magnetic field that acts on the circuit. According to Lenz's law, this flux tends to resist current changes by the induced voltage (back EMF). The quality factor of the inductor is related to the DC resistance of the coil wire, the dielectric loss of the coil bobbin, and the loss caused by the core and the shield. The basic role of the color ring inductance: filtering, oscillation, delay, notch, etc.