“In February, global semiconductor sales fell across the board, and all major product categories experienced year-on-year and month-to-month declines. Sales in all major regional markets also declined, as the global industry continued to experience a record after three years of record revenue. The period of slow sales." 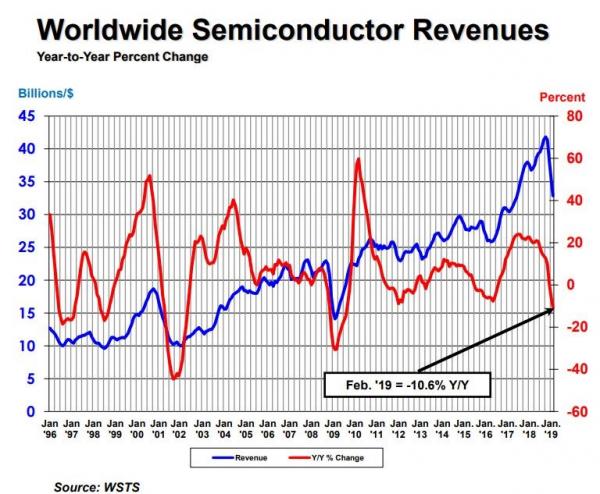 Affected by a combination of factors such as lower memory prices, slower demand for electronic equipment, inventory corrections and a slowdown in global economic growth, WSTS has adjusted its global semiconductor market forecast to a 3.0% decline in 2019, following a 13.7% increase in 2018, but at the same time It is expected to resume growth in 2020.

WSTS also expects memory to fall by 14.2% in 2019, and all other products are expected to grow below single digits, including the US, Europe and Asia Pacific regions, which will experience negative growth after two consecutive years of strong growth.

Similar to WSTS, there are not a few analysts that expect a negative growth in the semiconductor market in 2019. 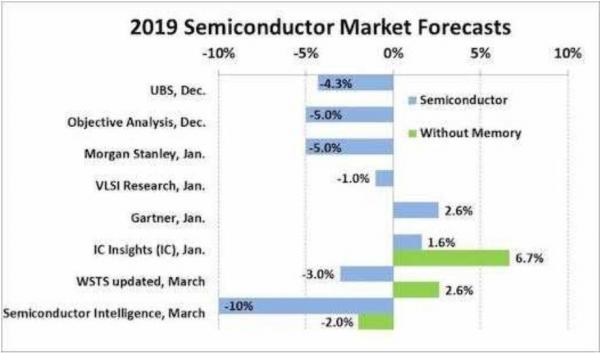 (As of the current research institutes, the forecast of the semiconductor market increment in 2019, image source: EBN)

In the second quarter of 2019, the global semiconductor market is basically in the first quarter of the adjusted recovery recovery period. 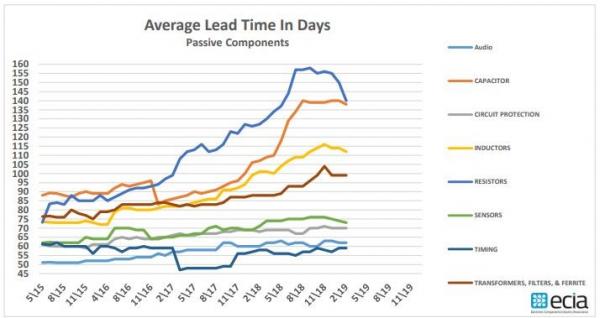 According to the ECIA report, sales of capacitors, inductors, resistors and other passive components worldwide increased by 25.2% in 2018. Unit shipments of these products increased by 16.7% to 7.4 trillion.

ECIA believes that passive components, especially certain types of capacitors, were seriously out of stock last year. It is expected that by the first half of 2019, the demand for these components will remain high and may increase further as manufacturers' capacity increases.

According to ECIA, in 2018, the average selling price (ASP) of passive component products rose by 7.3%.

In each component category:

Inductance sales unit increased by 4.6%, and the US dollar increased by 5.4%. The average selling price rose by 0.8%.

Paumanok: In 2019, price fluctuations in passive components may come from insufficient supply of raw materials

According to market analyst firm Paumanok Publications, Inc., in 2019, insufficient supply of raw materials for mass-produced parts such as MLCC and chip resistors may have an impact on their production and prices. 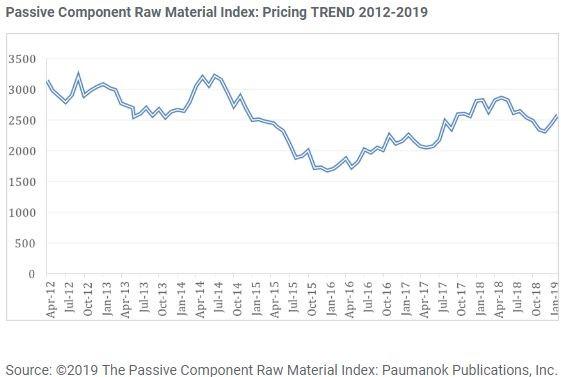 Paumanok said that with the unexpected slowdown in the mobile phone business in the second half of 2018, the price of passive component raw materials has been lowered, but it has risen again in the March 2019 quarter.

Among them, the price of basic metal materials has been performing well, but some prices have risen in the first quarter of 2019. Of course, these prices have not yet reached the high level of 2014 (nickel and copper) (see Figure 2.0). 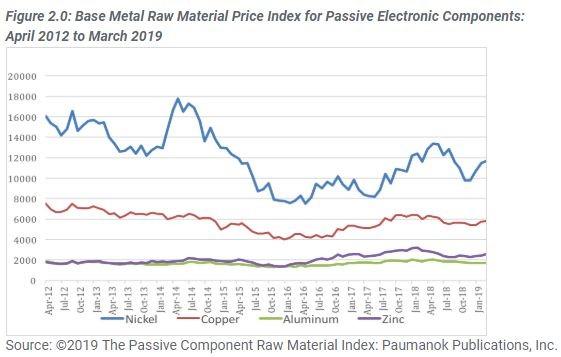 On the other hand, the prices of precious metals and rare metals have recently proved difficult, and their price increases have caused concern for passive component manufacturers. The price of palladium has been soaring. In special electronic applications of high-pressure, high-frequency and high-temperature MLCC, MLCC electrodes consume palladium, which is the most common product in the current shortage. On the other hand, since 2017, the price of germanium has risen by 275% and has not yet fallen back, which has had a serious impact on the cost of producing thick film resistors. 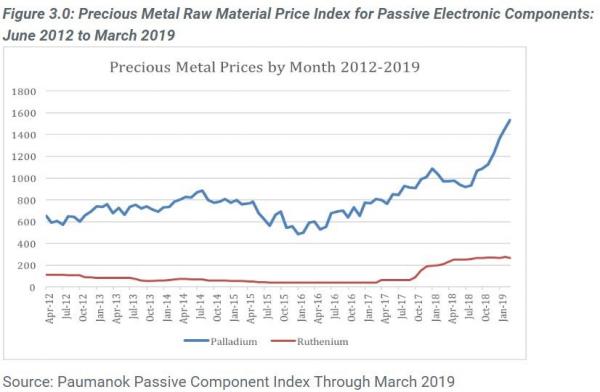 As far as the situation in March is concerned, the price fluctuations of most materials consumed in the production of passive components are limited, but there are a few materials that fluctuate widely and require further research, including antimony and palladium. It is expected to have a lasting impact on the production costs of some MLCC and thick film chip resistors in 2019.

According to IC Insights' new 2019 Optoelectronics, Sensors/Actuators and Discrete Semiconductors (collectively referred to as OSD Devices) reports, after a strong growth in 2018, due to the slowdown in economic growth, OSD growth is expected to decline in the next two years, but Optoelectronics Sensors/actuators and discrete devices are expected to achieve record high revenues for three consecutive years.

In 2019, the demand for passive components market has been weak. Under the influence of the surge in MLCC prices in 2018, prices continued to fall in 2019.

In 2019, the demand for passive components market has been weak. Under the influence of the surge in MLCC prices in 2018, prices continued to fall in 2019. With the continuous escalation of Sino-US trade frictions, the domestic electronics industry has suffered greatly, domestic demand for domestic trade has saturated, and the share of foreign trade has decreased. Some companies in the electronics industry have moved to Southeast Asia to reduce corporate expenses. Passive components are affected by the market triple. In the 2019 Q2 report, the price of passive components is still bottoming out.

In 2019, Q has entered Q. From the current market demand and feedback from major manufacturers, the demand for passive components has declined significantly. The downstream manufacturers have caused a serious backlog of inventory due to excessive pulling of goods, and there are also a large inventory in the hands of agents. At the beginning of the year, some large manufacturers' forecasts were biased and did not achieve the expected benefits. The large Taiwanese manufacturers (YAGEO, Walsin) also slowed down the expansion, and the market turned weak. The price of MLCC has not yet fallen, the demand for inductors is relatively stable, and the demand for electrolytic capacitors is on the rise. It is expected that the second half of this year will be expected to pick up due to the communication industry.

The current level of attention and the expansion of the 5G infrastructure with great expectations will have a large increase in demand, which is why manufacturers are optimistic and may expand.